Data from a four-year study of institutional ‘report cards’ suggest that although a growing number of women are training in the sciences, efforts to promote and maintain women in more senior scientific roles are still largely inadequate.

Although women have made important contributions to science throughout history, they have consistently been underrepresented at all levels. Now, data from a four-year study of institutional “report cards” undertaken as part of the New York Stem Cell Foundation’s (NYSCF) Initiative on Women in Science and Engineering (IWISE) suggest that although a growing number of women are training in the sciences, efforts to promote and maintain women in more senior scientific roles are still largely inadequate.

Additionally, the researchers report that not enough policies have been put in place to support women in science throughout their careers. The study is being reported September 5 in the journal Cell Stem Cell.

The investigators found that although women made up more than half of the population among undergraduate, graduate, and post-graduate students, the picture became different as seniority increased. Women made up 42% of assistant professors, 34% of associate professors, and 23% of full professors. These rates varied greatly by institution: At about one-third of the institutions surveyed, women made up less than 10% of tenured faculty recruits.

“We expected to find that women would be better represented at more junior ranks compared with senior ranks,” Jagsi says. “But I found it noteworthy that there were regional differences. For example, institutions in Europe come closer to achieving gender parity.”

The researchers say their findings suggest that the primary issue is not recruiting women into STEM roles but retaining them and promoting them into more influential positions.

“For my own work, I plan to begin to focus more on issues of intersectionality,” Jagsi concludes. “A particularly understudied area involves the career experiences in women with other minority identities, such as race. Further research is needed to understand the challenges these women face.” 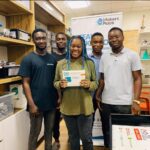 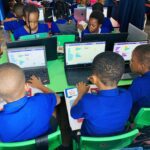 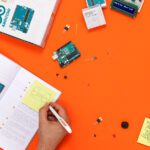 Brand & Logo Guidelines
MakersPlace use cookies on our website to give you the most relevant experience by remembering your preferences and repeat visits. By clicking “Accept All”, you consent to the use of ALL the cookies. However, you may visit "Cookie Settings" to provide a controlled consent.
Cookie SettingsAccept
Manage Cookies Consent

This website uses cookies to improve your experience while you navigate through the website. Out of these, the cookies that are categorized as necessary are stored on your browser as they are essential for the working of basic functionalities of the website. We also use third-party cookies that help us analyze and understand how you use this website. These cookies will be stored in your browser only with your consent. You also have the option to opt-out of these cookies. But opting out of some of these cookies may affect your browsing experience.
Necessary Always Enabled
Necessary cookies are absolutely essential for the website to function properly. These cookies ensure basic functionalities and security features of the website, anonymously.
Functional
Functional cookies help to perform certain functionalities like sharing the content of the website on social media platforms, collect feedbacks, and other third-party features.
Performance
Performance cookies are used to understand and analyze the key performance indexes of the website which helps in delivering a better user experience for the visitors.
Analytics
Analytical cookies are used to understand how visitors interact with the website. These cookies help provide information on metrics the number of visitors, bounce rate, traffic source, etc.
Advertisement
Advertisement cookies are used to provide visitors with relevant ads and marketing campaigns. These cookies track visitors across websites and collect information to provide customized ads.
Others
Other uncategorized cookies are those that are being analyzed and have not been classified into a category as yet.
SAVE & ACCEPT